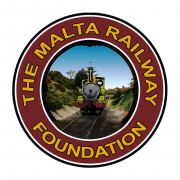 After several years of preparatory work, the Birkirkara Local Council has secured the necessary funds to realise one of its most historical projects – the Birchircara Railway Station Museum Project. The project, being carried out in collaboration with the Malta Railway Foundation, is aimed at the renovation of the 19th Century Victorian Railway  Station building situated at Ġnien l-Istazzjon (Station Garden) and convert it into a Railway Museum depicting almost half a century of Malta’s railway history.

The Malta Railway commenced its operations on 28th February 1883 a service which saw its end on 31st March 1931 thus running for 48 years. Initially the route ran from Valletta Railway Terminus to Notabile Terminus Station in Rabat.

At the time, the railway was one of two fetes related to the Mechanized Revolution that reached the shores of the island of Malta. The two fetes were both related to public transport. One was the Railway and the other was the Barrakka Lift. They both provided a more efficient and practical means of transport, which reduced the travelling time between Valletta and Rabat from three hours to less than half an hour.

The Birkirkara Station, at the time spelled “Birchircara”, because of the Italian influence on the language, was considered to be of strategic importance along the route. It was also referred to as the Central Railway Station. The train travelling from Valletta to Rabat and the train on its return journey from Rabat to Valletta, normally met here at Birchircara Station. On one of the carriages there was a metal box affixed to the side. This was a letter box, where commuters could mail their letters. At the Birchircara Station the mail was collected and distributed accordingly by the General Post Office.

The only surviving original Third Class Railway Carriage of the Malta Railway has lately been restored and placed in front of the Birchircara Railway Station, namely The Railway Museum. This Carriage was one of the 33 passenger carriages which the railway had. These besides the Governor General’s carriage and a small number of Ballast Wagons.

This Project shall establish a national railway museum housed in one of Malta’s original railway stations. The Museum will be an attraction to both locals and tourists alike and will be accessible to the public. At the same time, Ġnien l-Istazzjon is nowadays a beautiful public garden with a fountain, a number of benches a playground for children and open public space for relaxation which makes it family friendly.

With an investment of over €670,000 the Birchircara Station will undergo the necessary interventions to serve its new function, including structural alterations and repairs, finishing works, installation of mechanical and electrical services and restoration of timber apertures. The sanitary facilities will also be upgraded and an external panoramic lift will be installed to ensure accessibility to all. 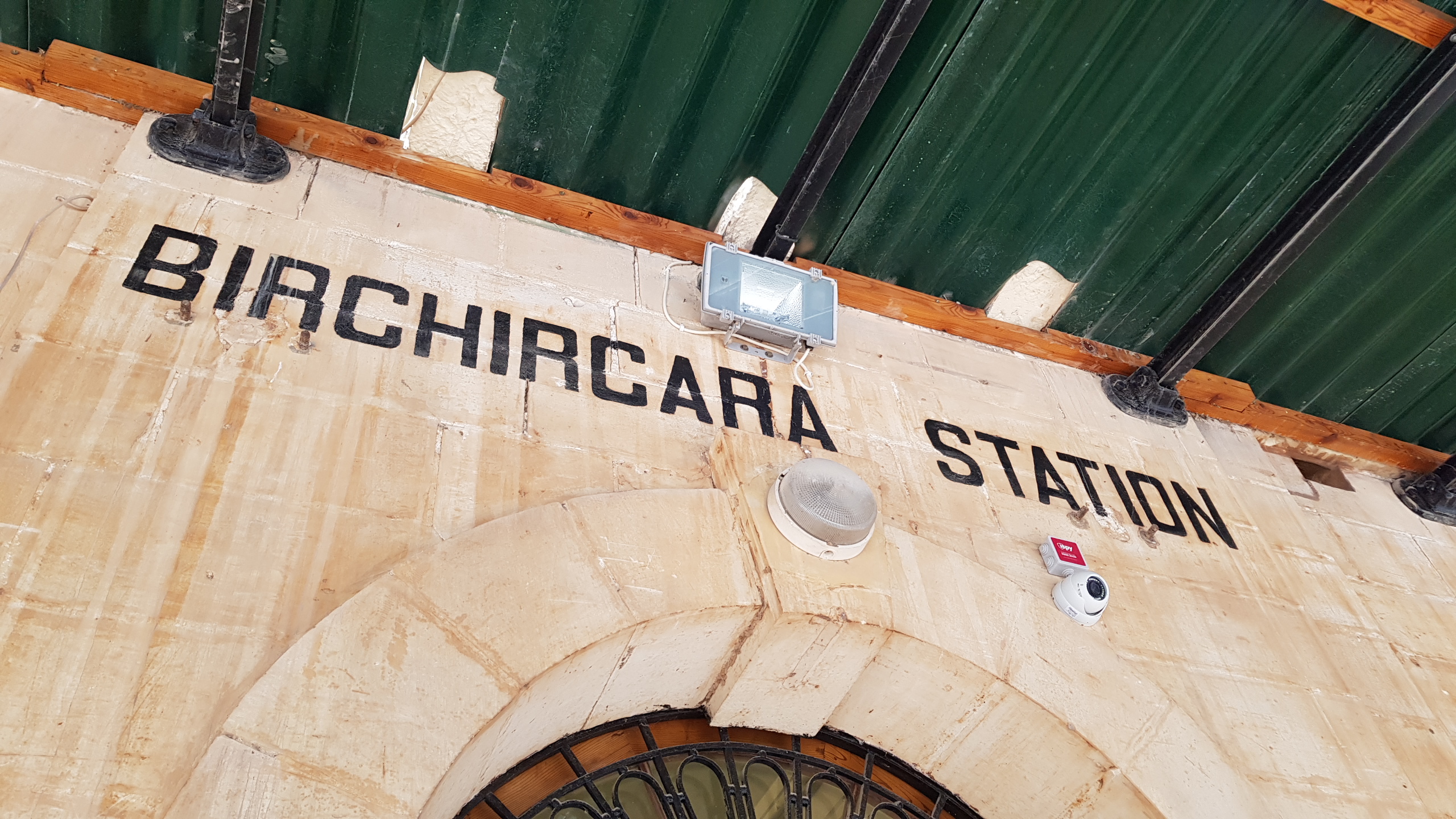 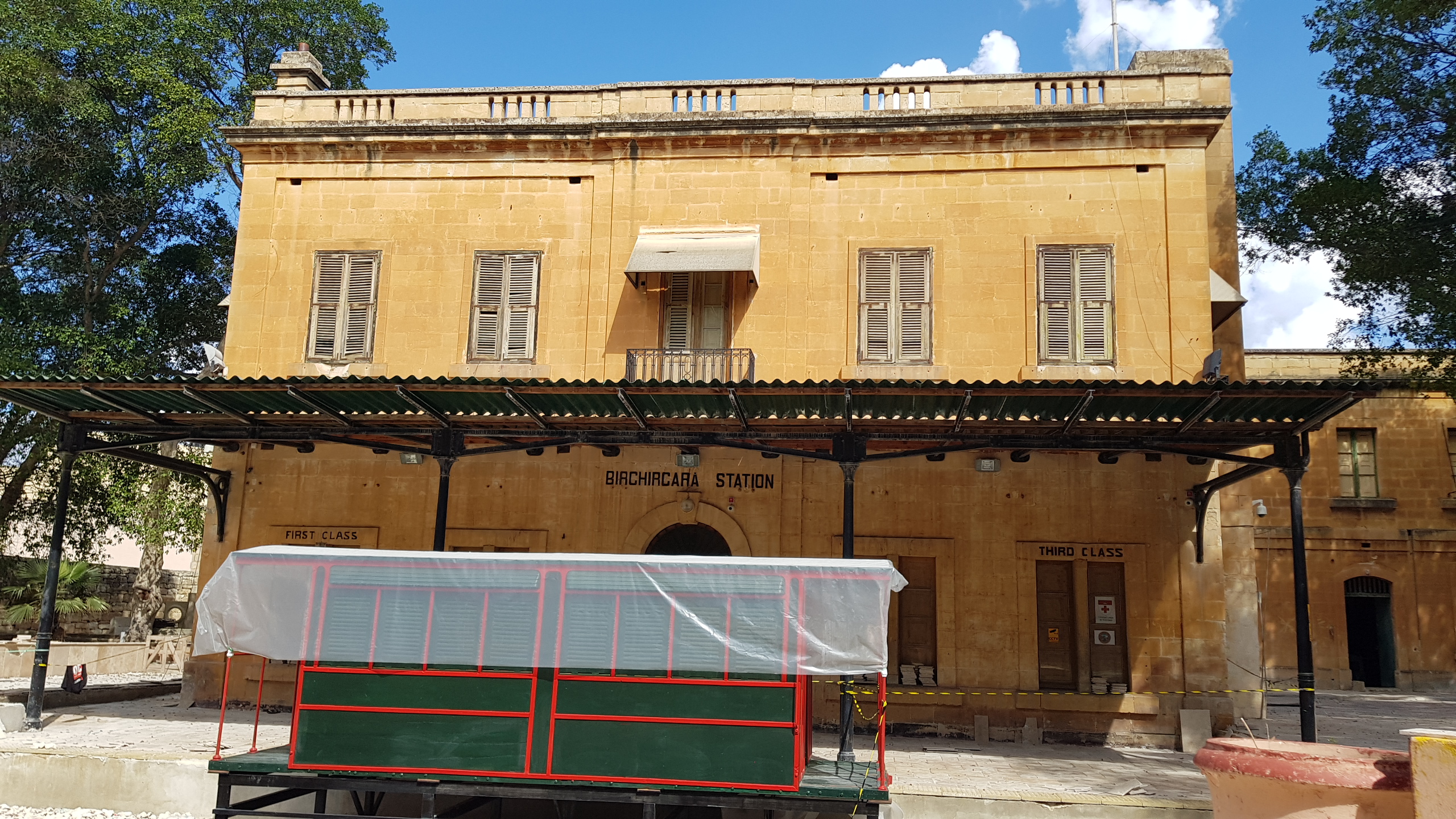 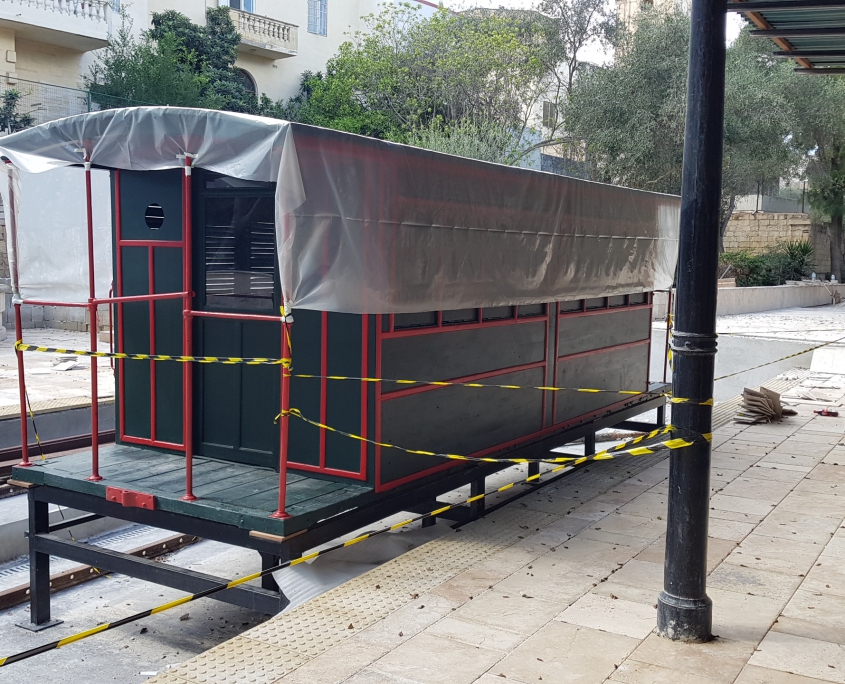 The museum will be set up as the centre point where The Malta Railway Foundation will have on display original remains and artefacts related to the old railway. Additionally, the use of audio-visual systems will enhance the visitors’ experience through interactive dissemination of information.

A protective shelter for the original train cabin has been constructed to prevent and safeguard the carriage from the detrimental effects of natural elements and vandalism.

Additionally, the project also includes complementary interventions for the conservation and refurbishment of the Ħamrun Railway Station, which will be carried out in partnership with the Ħamrun Local Council, the 1st Hamrun Scout Group Duke of Argyll’s own and The Malta Railway Foundation, thus enhancing the heritage trail of the railway era.

Apart from preserving our cultural heritage, the project is also expected to promote sustainable tourism in both localities, Birkirkara and Hamrun.

The Railway Museum will be administered and run by The Malta Railway Foundation who provided all the relative information and technical expertise for such a project which is the first of its kind on our islands.

The Birkirkara Local Council is working on this project hand in hand with The Malta Railway Foundation under the direction and technical expertise of Architects, the Hon. Mr. Toni Bezzina and Ms Genise Mifsud.

This site uses cookies. By continuing to browse the site, you are agreeing to our use of cookies.

We may request cookies to be set on your device. We use cookies to let us know when you visit our websites, how you interact with us, to enrich your user experience, and to customize your relationship with our website.

Click on the different category headings to find out more. You can also change some of your preferences. Note that blocking some types of cookies may impact your experience on our websites and the services we are able to offer.

These cookies are strictly necessary to provide you with services available through our website and to use some of its features.

Because these cookies are strictly necessary to deliver the website, you cannot refuse them without impacting how our site functions. You can block or delete them by changing your browser settings and force blocking all cookies on this website.

These cookies collect information that is used either in aggregate form to help us understand how our website is being used or how effective our marketing campaigns are, or to help us customize our website and application for you in order to enhance your experience.

If you do not want that we track your visist to our site you can disable tracking in your browser here:

We also use different external services like Google Webfonts, Google Maps and external Video providers. Since these providers may collect personal data like your IP address we allow you to block them here. Please be aware that this might heavily reduce the functionality and appearance of our site. Changes will take effect once you reload the page.